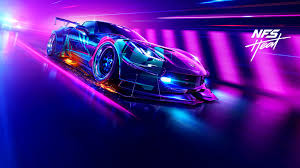 An important part of the Need For Speed â€‹â€‹experience is the personalization of the car. The personalization of the car will become even more advanced with the augmented reality features. After customizing a car, players can drop it off in real environments such as their home, street, and garage and check them out in even more detail. The environmental integration features in the app will help to blend the car with its surroundings as much as possible using things like highlights and shadows.

The new AR feature will also offer scaling capabilities. Players can increase or decrease the size of the car to make it look like a full-size model or a small toy car. Cars can even be rotated, allowing users to show off their creations from different angles. By using the rotate and scale functions, car customization can become even more versatile. The companion app also allows users to share their augmented reality snapshots on social media.

The Need For Speed â€‹â€‹Heat Studio app is free to download and has no in-app purchases. It also integrates seamlessly with a player’s game account, which can allow them to share their car customizations with the game after it launches in November.

Need For Speed: Heat launches November 8 on PC, PS4, and Xbox One.